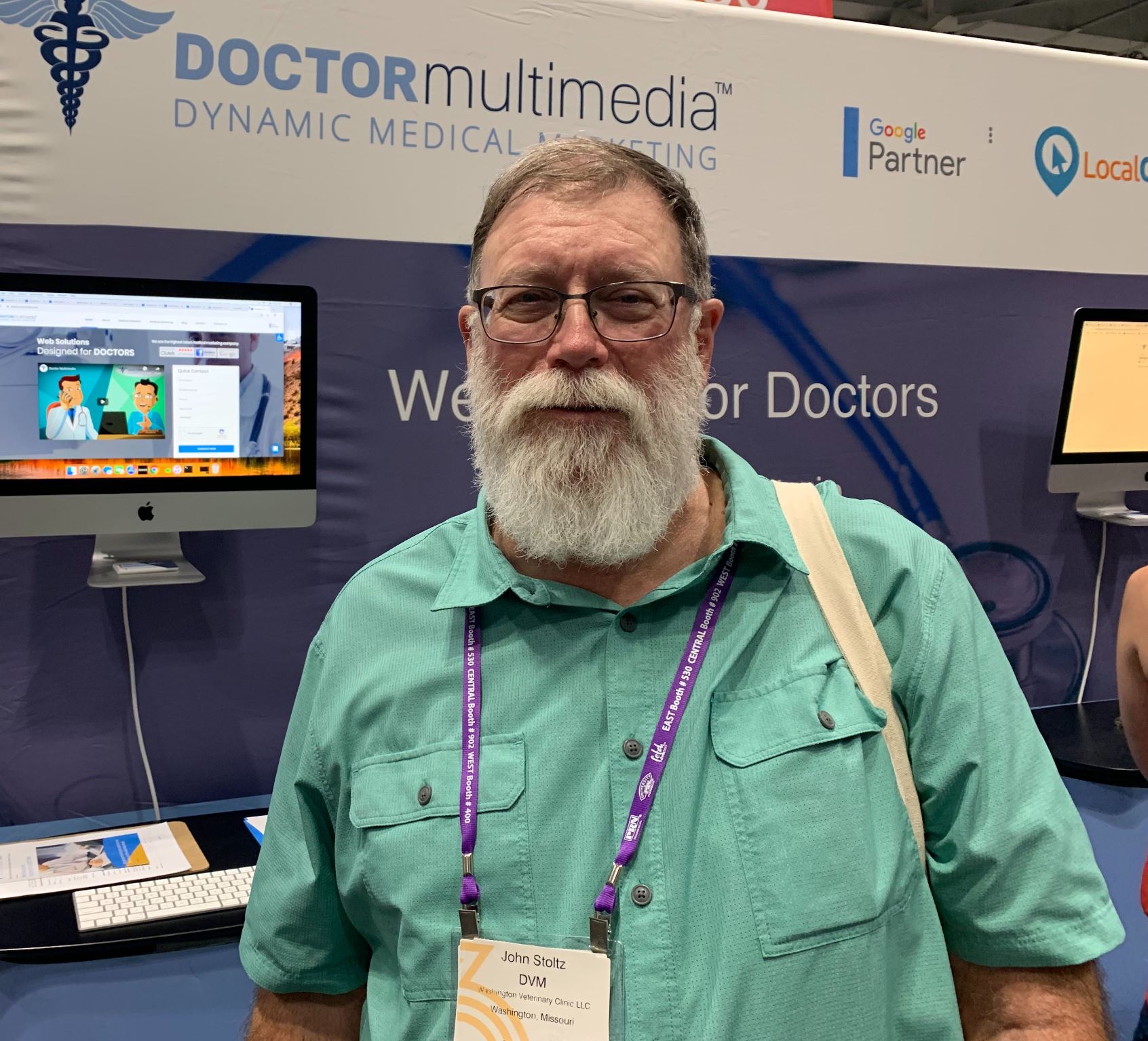 Dr. John R. Stoltz attended the University of Missouri, Columbia from 1972 through 1979 where his undergraduate studies were in Biochemistry. He graduated from the University of Missouri Veterinary School in 1979. Shortly, thereafter he purchased the Washington Veterinary Clinic. He practices on livestock and pets. Dr. Stoltz's areas of special interest are orthopedic surgery, reproduction, and pathology. He regularly attends continuing education seminars. Also, since 9-11, his training includes disaster preparedness and response.

Dr. Stoltz and his wife, Sandy, have 6 children and 14 grandchildren. His other interests are shooting, especially handguns; hunting, camping, and almost anything outdoors. 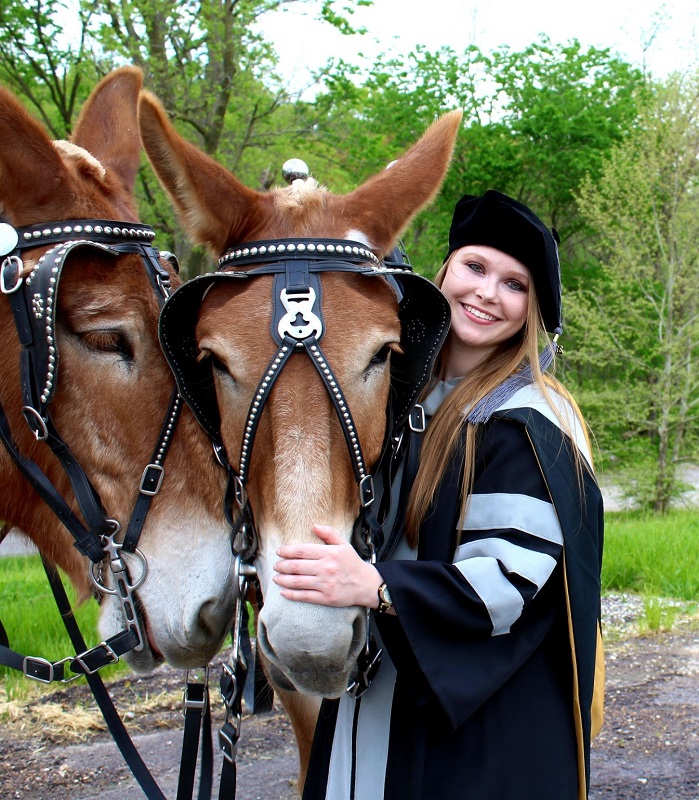 Dr. Kinsey N. Holdmeyer attended Southeast Missouri State University from 2012 to 2016 where she earned her Bachelor of Science in Biomedical Science with a minor in chemistry. She graduated from the University of Missouri College of Veterinary Medicine in 2020. While in veterinary school, she was a dedicated officer of the MU CVM Mule Team. Dr. Holdmeyer returned to work at Washington Veterinary Clinic as the Associate Veterinarian after shadowing here for 8 years. Her area of special interest is in equine medicine, although she enjoys working with all species. She regularly attends continuing education seminars.

Dr. Holdmeyer grew up in Washington and still happily resides here. She has a Golden Retriever named Spencer, a kitty named Tonks, and her favorite horse is named Kate. She regularly rides horses, loves to drive mules, is a horse racing enthusiast, likes reading & playing video games, and enjoys hunting and fishing.

Sara is a Licensed Technician, she started out cleaning cages in high school at another clinic and worked her way up. Altogether she has been practicing for almost 20 years now. She was born and raised outside of Eureka, Mo and graduated from Vet Tech Institute in 2013. Her pets include a Pug named Tank, Llewellyn Setter named Jolee, a sulcata tortoise named Turbo and a 2 cats named Fergie and Baby Titten. She is a certified weight coach for Purina and is very active with her own animals. Outside of work she enjoys spending time with her family, watching horror movies and all outdoor activities with her longtime boyfriend Dave.

Stephanie was born and raised on a farm outside of New Haven, Mo. Her love for animals started at a young age with tending to pigs, cows, horses, chickens, dogs, and cats on the farm. She worked on a hog farm through high school and most of college. She now lives in New Haven with her husband Jorden and their adorable daughter Rudy. She graduated from Vet Tech Institute in 2015 and started working with Dr. Stoltz that same year. While not at work she enjoys spending time with family and friends as well as hunting, fishing, four-wheeling and watching Netflix.

Cari pursued her education at Truman State University and Kirksville Technical School. She resides in New Haven with her Blue Tick Hound named Budweiser and a cat named Aries. Her love for animals started at a young age, and combined with her love for medicine, becoming a technician was an easy choice. She has a special interest in large animals and equine. In her spare time, she enjoys reading, hiking, and fishing.
Font Resize
Contrast